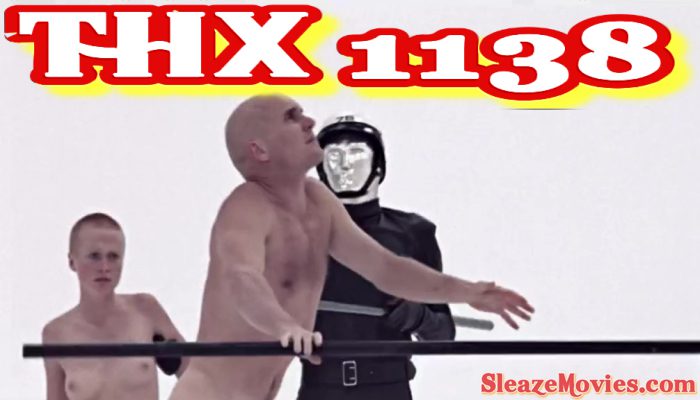 Special Remastering for our Member (RtB2) as UNCUT and HD Quality by SleazeMovies.com

Description: It’s sometime in the future in a state controlled society, where conformity and homogeneity are the rule. What is also the rule is that the populace follows the wants of the faceless state without question. How this is achieved is through a mandatory drug regimen, which also suppresses human desire, with sexual intercourse and human relationships banned. The law of the state is policed by a force of robocops.

The physical environment is totally within a manufactured enclosure, what being outside of this unknown. THX 1138 is a loyal subject, he who goes about his business as a skilled factory working building robocops. And even when he begins to have strange feelings, he does what is obliged by going to the state run confessional, which further brainwashes through its reinforced mantra of happiness, loyalty and understanding.

THX 1138 is given a glimpse into the other side through his computer matched and thus appointed female roommate, LUH 3417, and her surveillance colleague SEN 5241…